Shady Sellers – Empowering America One Consumer At a Time

The purpose of this Shady Sellers series to use my advertising degree to share information on the principles that western society is based on, particularly in America where individuals often have fewer protections against industry than in our European counterparts. Partnering to share information about sellers is a market balancing mechanism called atomism and it’s built into our social system. Based on my formal education, it is my belief that this is the best, most effective way to empower consumers to force fair treatment from companies that cause us harm due to a faulty conscience.

I was contacted recently by Laura Pearson of Edutude.net.  She wanted to write an article for my blog regarding cyber-bullying.  I’ve been looking at this issue for several years and wanted to hear more.  I noticed the article had several great resources for anyone wanting to learn more about bullying and it’s 21st century variant cyber-bullying.  I was once harassed online by an actor that I worked with many years ago….

END_OF_DOCUMENT_TOKEN_TO_BE_REPLACED

After Reading this Article please go to this Petition and send the letter.  I’ve done it and sent my concerns to the FCC as well as my local senators. 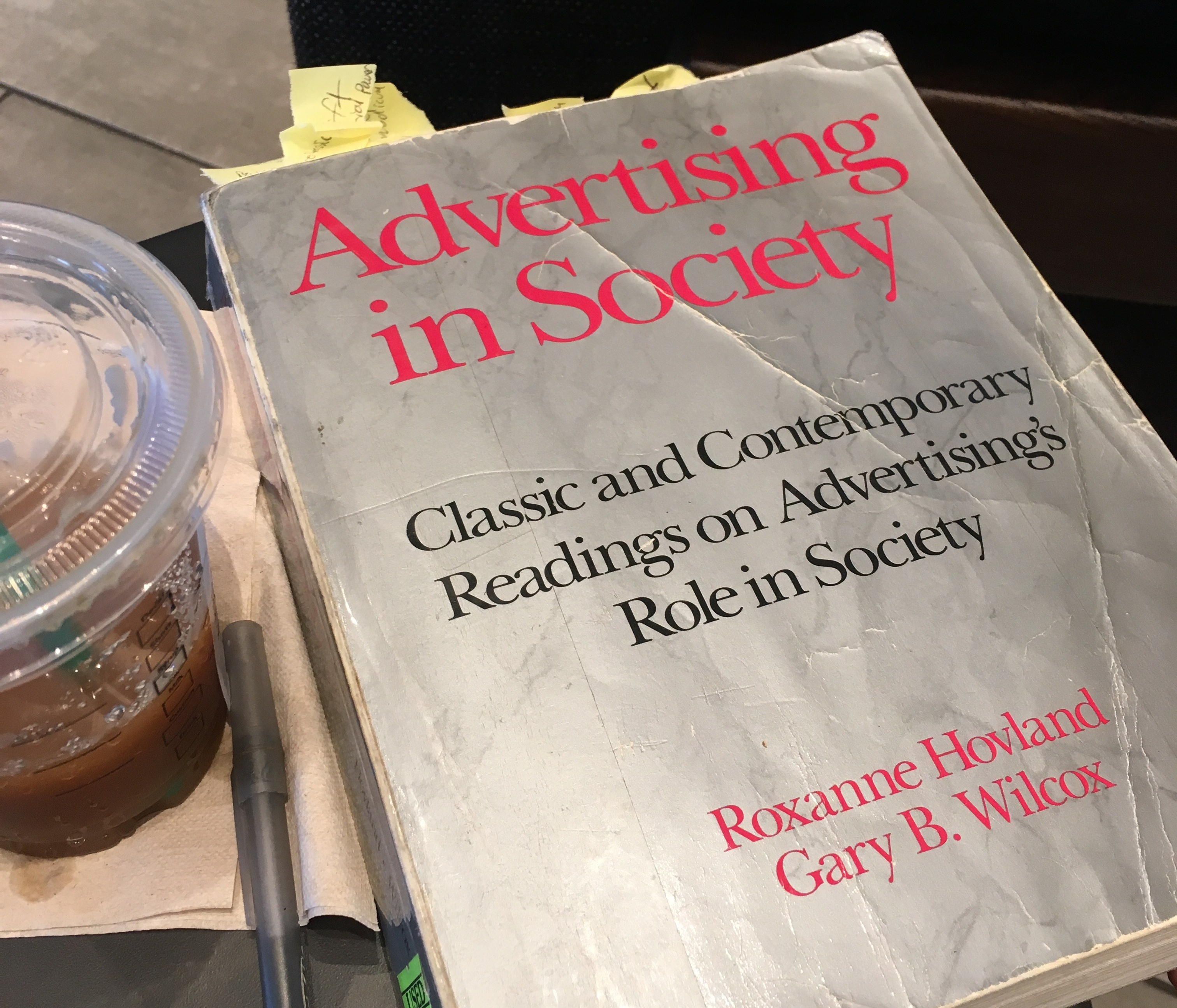 My main textbook for “Advertising in Society”. Check out Chapter 2 and for a history of our “Transition to the Market System”.

As a UT Austin communications alumnus, I’ve been following the development of the internet superhighway since 1996.  I’ve never worried too much about it until recently because everything was going in a mostly positive direction.  Also, there were bigger things to worry about such as how to make a living in the TV/Film industry after the collapse of the independent film market, and then came the issue of health care.  But with the recent nomination and confirmation of republican favorite Ajit Pai, as FCC chairman, it’s time to worry…

END_OF_DOCUMENT_TOKEN_TO_BE_REPLACED

Pull up a chair and hang for a while.  I’ve been meaning to give you an update on my wrongful foreclosure situation.  My prospects for saving my house and studio have  fallen pretty far on the probability scale.  The lawyers that I hired were not loyal to me as a client in several ways …

END_OF_DOCUMENT_TOKEN_TO_BE_REPLACED

The NBA season just ended with the Warriors winning it all (as was predicted).  The Spurs had a real shot this year but two major injuries in game 1 of the western conference finals made the matchup no real contest.  There’s always next year.  I’ve been invited back for my fourth season working with the NBA and I’m looking forward to it as usual….

END_OF_DOCUMENT_TOKEN_TO_BE_REPLACED

If we were having coffee right now…

I’d tell you about John Pointer and the other folks at The Live Music Capital Foundation and the 2 1/2 years that we worked together creating a video production workflow.  We made some awesome videos out of unique live music shows, and did so on a low budget which is always a challenge.  And thanks to Stephen Kinney and The Front Porch staff for the faith they placed in me to help them develop the look for Unplugged on The Front Porch.  I’m also happy to know that…

END_OF_DOCUMENT_TOKEN_TO_BE_REPLACED

“Deep in the Piney Woods of East Texas, a suspected murderer escapes a manhunt staged by his longtime rival, the Sheriff, by taking refuge on the land where he learned to hunt as a child with his estranged friend who uncovers evidence that he might be the villain they’re looking for after all”

If we were having coffee right now I’d tell you…

The film, is moving along at a good pace, but I’m not rushing it because the new indie film climate involves DIY marketing which calls for a lot of prep work leading up to a festival run.  Now that the film negative is back from the lab, I’m planning for the rest of the post work.  I’ll share the budget through a crowdfunding campaign that will raise the money needed to finish the post production work.  When I started, crowdfunding was not even a thing so I can not put into words what a phenomenal opportunity this is….

END_OF_DOCUMENT_TOKEN_TO_BE_REPLACED

One of my regular coffee shops just changed hands and I’m trying out the old location under new management for the first time.  As I organize my thoughts and update my plans for “The Land”, my brain is running on all cylinders, fueled by a pretty solid Americano.

“Deep in the Piney Woods of East Texas, a suspected murderer escapes a manhunt staged by his longtime rival, the Sheriff, by taking refuge on the land where he learned to hunt as a child with his estranged friend who uncovers evidence that he might be the villain they’re  looking for after all”

If we were having coffee right now I’d tell you…

END_OF_DOCUMENT_TOKEN_TO_BE_REPLACED

Now that I’ve covered the why, it’s time for the what?  What is “Mom Power” and “The Way”?  Mom power, in a nutshell, is girl power…

END_OF_DOCUMENT_TOKEN_TO_BE_REPLACED

With the first two posts in this series, I start slow (if this is your first look at the story, I suggest you go back and read the first two episodes using the links below).  The purpose; ease you into information that many will consider fluff or conspiracy theory.  And maybe it is.  Maybe I’m crazy or some kind of neurotic, wanna be story teller with nothing better to do than make up ridiculous conspiracies.  Sure, that’s a possibility.  I mean….