This Post has Nothing to Do With Exploding Stars 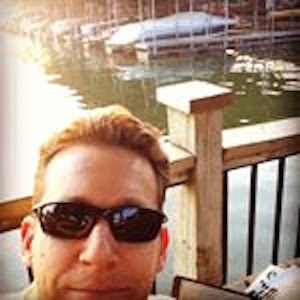 READING SCRIPTS AT THE LAKE

Is writing hard?  All WordPressers that I’ve read so far seem to think so and that’s all the more reason to tour Austin and look for inspiration which is what Snoop and I did this morning.  We brought you back a few visual souvenirs.

Writing may be hard, but we also psych ourselves out when we get blown away reading, watching, or hearing what other people already finished writing.  Cool works of art that have already gone through development and production hell.  I think that’s what creates this feeling of intimidation.  Or we look back on a time when we were more productive, add a dash of nostalgia to a memory of a time period that was probably more stressful than the one we’re in now and think that we were better then because we had some creative element bottled for convenient dispensation.  The reality is that we struggled then just as we do now and we don’t have the birds eye view necessary to fully appreciate the vast number of artists out there competing for the limited resource of attention from an audience that is highly selective.  It’s an annoyance to have to consider the complex fabric of the market system that our society is based on which gives us all the opportunity to shine, so long as we accept the challenge of competition and respect the right of the consumer to choose.  After all that’s for marketing people. 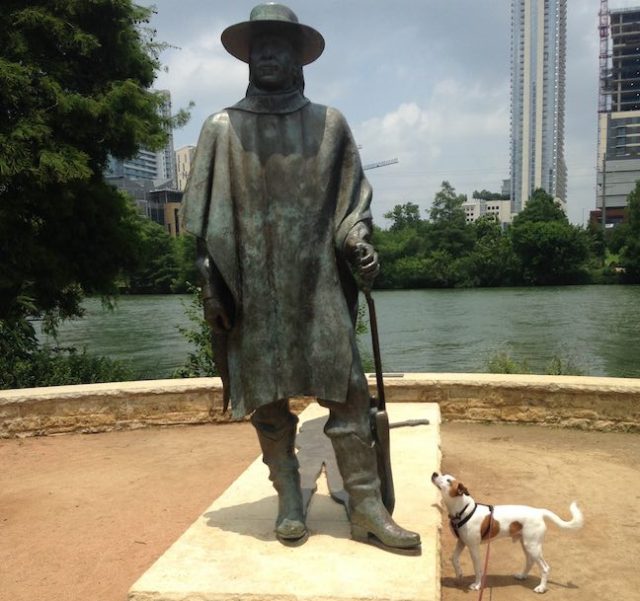 I headed down this path at age 20, so I’ve known all kinds of artists since I moved to Austin, TX.  If you’ve seen my post called HOME, then you know how personal artistry is to me and that I think what makes us artists is the way we were created.  At the end of that post, you’ll also see a reference to our social system.  It’s a vague reference which some may interpret as support for a change from what we’ve got to something totally different, but that’s not the case.  The market system, in theory, is the thing that levels the playing field and gives us the freedom to follow our dreams.  But, that very system is way out of balance.  I have another blog that discusses this so I won’t rehash it here, but the solution does not involve scrapping an elegant design born out of ideological revolution 500 years ago.  That’s because, no one has come up with a better option.  In the 19-teens, there were those in Europe who thought different and the theory of communism splintered into several different factions.  The faction that won out ended up turning into one totalitarian regime that rivaled another that it replaced.  The one thing it did not do is create an egalitarian society friendly to crafts and artistry.  This, of course, happened in Russia and the Soviet Union was born.

If you know anything about literature or theatre/screen acting, then you’ll remember that historically, Russia was one of the most artistically rich cultures in recent history.  If you then study the history of how Russian artists fared in the teens and 1920’s, you see that the culture did a total 180.  When Lenin took power, he acknowledged artistry when he said that film was the most important of the arts (paraphrase), however he also said that he didn’t like some of it because it didn’t make sense and he highly criticized the more abstract works filled with symbolism.  Then Stalin took power, he turned impatience into intolerance and created a concept that we now call socialist realism.  This was a policy that eliminated art all together and film became a tool for propaganda.  All of the 5 prominent film directors were heavily censored and the one (Dziga Vertov) who protested the most and refused to drink the cool-aid, was ostracized from the state film studio when the regime cut off his commissions.  The Soviet revolution against monarchy reformed into a new repressive force and the people became subjects of a new regime, sans the art that they once had.  This history is proof that, if you want to tear down the old system, you’d better have a damn good idea of what will work better. 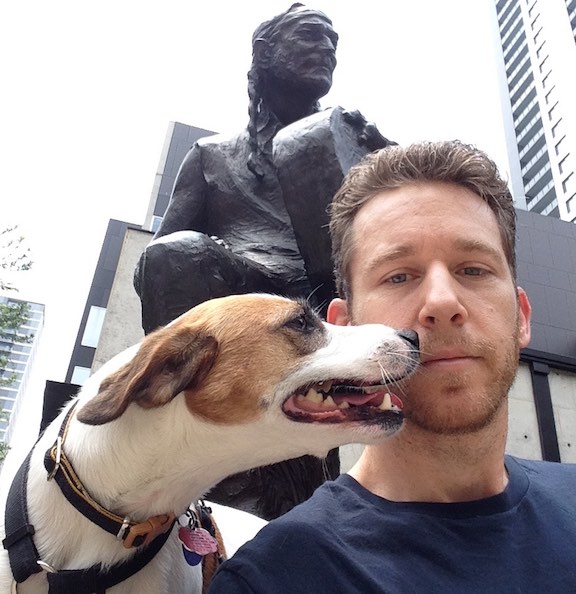 LETS NOT FORGET WILLIE – QUITE THE WRITER

(has his own street in Austin now)

The market system is the best of them all.  However,  It is flawed because of technological developments that took a cohesive belief about the nature of man (rational man) and splintered it into two.   The first is objective (man is rational) and the second is subjective (man is irrational).  This is a problem because people in power have the option to ignore their conscience and manipulate the weak, then add a justification that it’s ok to manipulate because man is no longer rational.  But their mistake is that they take the subjective and make it objective.  This is called “Realism”.  Remember where that happened before?  In the Soviet Union when Stalin took over and his regime mandated rules be applied to the creation of works that were once artistic; which, in effect, influenced films that portrayed an image of a society that matched, not objective reality, but a concept of reality that those in power intended to bring to fruition.  The real reality is that Man is still rational (objectively speaking) but over-intellectualizing can easily replace this belief with one that says that these technological changes have created an environment where the masses must be reclassified as irrational and the constitutional principles that protect our status as rational (equality) can then be ignored (Capitalism Realism anybody???). 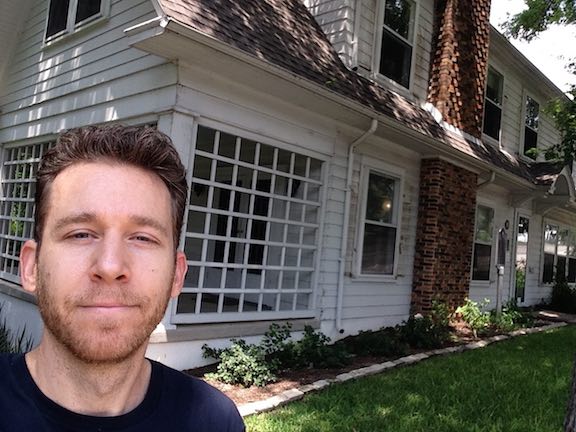 The point is that our western society is pretty screwed up, as evidenced by the latest culmination in the efforts of the few at the top to manipulate society in ways that western society was never meant to be twisted.  It’s adulteration.  So, what’s this mean?  Balance.  We need balance because while the system was designed to balance itself, the technological advancements have disabled the built-in self-righting features.  This is why we have laws against monopolies, collusion in the marketplace, and anti-competitive practices.  So, we need more regulation.  As it has in the past, this will simply bring the system back into balance and this will level the playing field for the weaker citizens.  So this is what I mean when I talk about a social system that is more friendly to humans than machines…people rather than corporations.  If we were people friendly like we used to be, then I’d still be a homeowner, my mortgage would be a measly $100,000 balance and I’d still have a studio in which I could work, grow my business and build prosperity.  A small apartment makes it harder to do that, hard to do laundry or  give my young energetic dog a decent life (we used to have a yard), also harder to save money.

Am a rambling again?  dang it!  Oh well….it’s what I do.  On a positive note, at least I’ve got a private place where I can sit and practice writing.  I’ll just have to hone this craft in order to attract partners who can do the other things, rather than diversify my skill set into producing and directing which was what I went to school for.

So, …Hard…I think so.  Since all seem to agree on that, my question is:  How do you make creating easier? 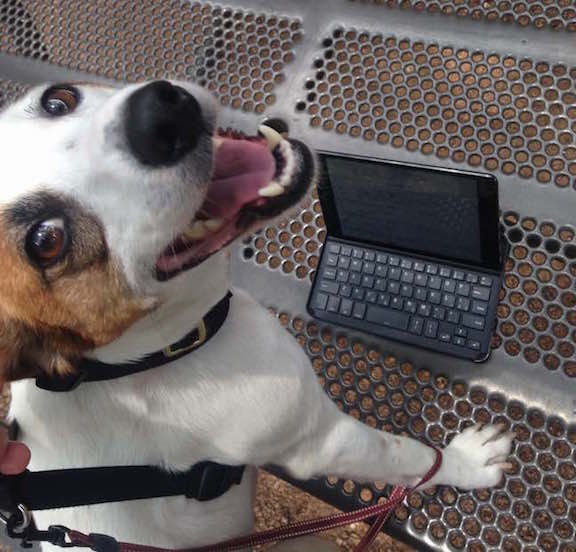 SNOOP IS ON SPELL CHECK DUTY

I appreciate all of you taking the time to read my posts!  I love reading your comments and would like to hear more.  If you have any suggestions as to what you’d like me to blog about next, please email me on my contact page.

Blake is a Filmmaker, Writer, and Sports Media professional from Austin, TX. He studied Film Production and Advertising at UT Austin. When not supporting NBA Entertainment on live sports productions, he likes to train Krav Maga, travel, and collaborate with other creatives on visual storytelling in the film/TV medium.
View all posts by RealBlake →
This entry was posted in Challenge: Everyday Inspiration and tagged Inspiration Day 7 - Social Media. Bookmark the permalink.