If We Were Having Coffee Right Now

This idea of sharing updates over a virtual cup of coffee seems to be a thing here on WordPress.  Since I do have some background that’ll be new to some, this seems like a good time to share details during our first Coffee (or if you prefer, Iced Tea- sweet or unsweet,  or a frosty cold one or other beverage) Update Time. 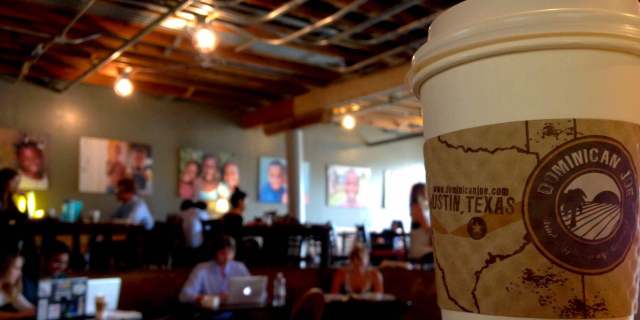 If we were having coffee right now….I’d tell you that my summer is going pretty well so far.  I was invited to work with the Austin Film Festival as a script reader for their coverage program after a couple years reading for the screenplay and teleplay competition.  This is cool because, as some who have studied talent say that in order to build skill it’s important to keep challenging oneself in order to build on the progress already made.  Since the sports production world has a hiatus in the summer, I have time to work on these other projects and use them for practice.  This is one reason that I like comments and feedback.  I’m exercising my writing muscles every day that I sit down at the desk,  or when I read a screenplay and pen notes on what works and what doesn’t.  The comments of other readers help me gain perspective and tweak my technique as I go, so b-log fans, please don’t be shy…I can “take notes”.

If we were having coffee right now…I’d apologize to all of the cast and crew of my film “The Land” because it’s been too long in post-production.  After a few years I know that some are wondering if it will ever get finished, so first let me assure you that it is and I couldn’t be happier about how it’s turned out.  The picture is locked and all of the location sound is in being mixed with a few minor noise problems that I should have worked out before the end of the summer.  The movie was shot on film, not a digital format.  I was able to fund the negative conforming process out of my pocket and I have the cut negative back from the west coast.  The reason there was a holdup in the project, is because the film was made at a time when the indie film format was starting to lose footing to a new digital acquisition format.  The old film workflow was dying off and the new digital workflow had not yet grown to maturity.  The only people who could do a short film in this style in recent years have been those with connections in LA/NY where they have the facilities to finish on film or those with deep pockets since digital processes existed but were extremely expensive.  Just in the last 6 months, High Res digital workflows came to be within the reach of indie producers on a shoe-string budget.  My equipment has been updated and I can finish the film in a digital format that will preserve the color and resolution of film.  The few things that I don’t have are 1) a Cedar Audio DNS noise reduction machine or comparable service from a sound post studio.  2) A composer to pick up where Bryan Shaw left off (A friend from college who passed away, Rest In Peace Bryan).  3) A Visual Effects artist to create the effects that I need on a few shots. 4) A film lab to do a 4K transfer.  It will probably end up being Photokem, but I’m open to alternatives.  5) An experienced M&D producer to help with the festival plan and crowdsourcing/promotions plan (this is probably the most urgent!).  If you know anyone who can help with these needs, I’d love to hear from them.

“Deep in the Piney Woods of East Texas, estranged friends uncover a secret         …that could cost one man his future and the other his life”

If we were having coffee right now…I’d tell you that my prospects for saving my house and studio from wrongful foreclosure have  fallen pretty far on the probability scale.  My last ditch effort is to tell the story of what happened, which is just a matter of sitting down and writing since I have all the records needed to craft the details into a narrative.  (I’ve already finished the first chapter and it’s getting some attention).  I can’t hold out more than about a 5% chance the story will bring about any positive results because the legal world is so complicated, but there could be an easy way to move the ball forward and I just can’t see it because I don’t have the training or experience to recognize it.  At any rate, even if I don’t ever get a do over on the summary judgement hearing (which was totally botched!), at least I have a story to tell.  The more I talk to those close to the banking industry, the more I learn about the many perspectives on what happened.  I’m writing a teleplay that will show the most realistic account from the perspective of people who were hurt by the crash, homeowners, institutional investors, as well as the employees of banks and investment firms who lost their careers and were not so fortunate to walk away with millions.  I’ve conducted a few interviews but need more people to talk to in each of these categories before I can continue.  If you know someone with a helpful perspective who might want to help a writer get a handle on this socially relevant phenomena, do let them know they are encouraged to drop me a line.

If we were having coffee right now…I say thanks to John Pointer and the other folks at The Live Music Capital Foundation for the 2 1/2 years that we worked together creating a video production workflow, some awesome videos on unique live shows, and doing so on a low budget which is always a challenge.  And thanks to Stephen Kinney and The Front Porch staff for the faith they placed in me to help them develop a workflow and look for Unplugged on The Front Porch.  I’m also happy to know that I have new relationships with great people in Austin that I’ll stay in touch with and continue to work with when the life allows. 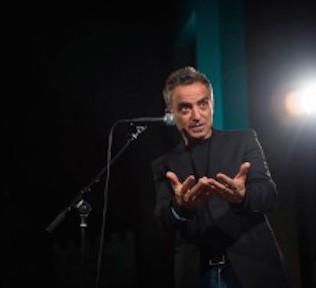 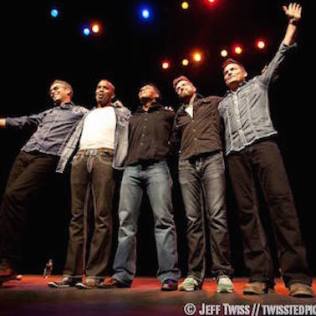 If we were having coffee right now…I’d tell my friends in the Austin TV and Film production community that I’m gearing up to integrate video into my b-logs (Since I work with video professionally to tell stories and document live events, it makes sense that my WordPress followers would feel left out if I failed to include them in the fun).  To start, I want to attend events around town and document the Central Texas lifestyle experience, then add other themes, see what viewers want and adjust from there.  I’m also open to suggestions from the readers on what subjects to write and shoot.  I’ll need assistants to go to some of the cooler Austin events for a couple hours to help keep the process flowing smoothly.  Anyone interested in working behind the scenes around Austin can email me from the contact page or leave a comment!  And a final question for you: What drink do you prefer when catching up with friends?

Blake is a Filmmaker, Writer, and Sports Media professional from Austin, TX. He studied Film Production and Advertising at UT Austin. When not supporting University TV crews and NBA Entertainment on live sports productions, he likes to excercise, travel, hang with Snoop his Jack Russell, read, write and collaborate with other writers, directors, actors, editors and producers on new ideas for storytelling in the film/TV medium.
View all posts by Blake →
This entry was posted in Challenge: Everyday Inspiration. Bookmark the permalink.