Reality Is a Perfect Universe 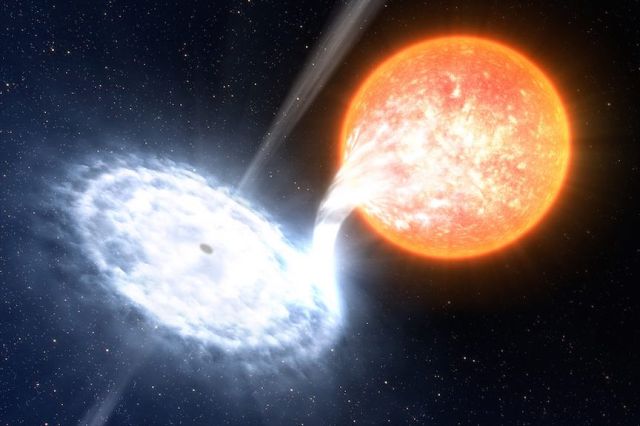 “Suzaku Catches Retreat of a Black Hole’s Disk” by ESO/L. Calçada is licensed under CC BY. Some Rights Reserved

“Somewhere, something incredible is waiting to be known.”

Question:  What does the above line mean to you?

This line is about a perfect design.  Which is invisible until we use perception, purpose, perspective and possibilities in the right way.  At times in my life, I’ve been low man on the totem pole with no direction and at other times the golden boy with vast opportunity and full support from nearly everyone in my social network.  It’s strange how this status can shift back and forth but even stranger that I wasn’t aware of it at the time.  Only through hindsight do I see all the opportunity that I missed and realize how many people didn’t respect me when I thought they did or vice-versa.   I can also see how my perception affected actions taken to exploit possibilities or let them fly by as if invisible.

I had a lot of expectations at 20 (like most people that age).  We were all taught a formula for growing up and making it in the world.  The formula says, “If you do A, B, C, D, give it all you got, then you’ll “make it”.  The adoption of this conventional wisdom and the entire thought process behind it is natural because it’s reassuring.  It relieves our anxiety by giving the perception that there’s somewhere to get to and a way to get there….a destination guided by a pre-destined purpose.  Conventionally speaking, purpose is possibilities pared down to the one that was custom made for me.  Not only is there a design to everything, but it’s pretty much paint by numbers!  “How could I possibly fail?”.  I mean, it’s tangible.  I can comprehend it.  I can measure it with a 5 year plan.  Sometimes I can even touch it and taste it.  The concept was so comfortable that it blinded me to the history knowledge that I studied in college; a history that espoused a bleaker picture of reality, that looks at trends of shifting societal foundation, and indicates that western society is starting to degrade; that we’re a society, having peaked in the mid-20th century, already on a back-slide.  It’s not my fault…I was 20 and had just gotten my rocket ship to the future, so who can blame me for not fully paying attention.  Ten years later (give or take), my perception of reality changed when the conventional didn’t work out and I needed to know why.  Why all that work didn’t pay off with the prosperity that I was entitled to as a hard working American; as one of the heirs to the throne of the great western kingdom.  I think we all take for granted that our kingdom is a social experiment involving democracy, freedom, egalitarianism, and prosperity for all.  These were once radical ideas, well understood, but now several have been forgotten and the prosperity concept is a corollary (conventionally speaking) of, so-called, smart decisions like drinking the Kool-aid exactly the way its served up by conventional institutions.  One of my college institutions was top 3 in the U.S…the other was top 5.  I drank but my thirst was not quenched.  The more I tried to succeed, the thirstier I got.  This conventional myth about truth and reality becomes ossified in our modern era beliefs and this means we have no room for alternatives, in spite of the fact that alternative wisdom is engrained in all of our western traditions; conservative ones, liberal ones, religious and secular.  Another relevant observation is that: Yes, I was self-entitled but, understandably so, and it’s a flaw that made me only hurt myself.  I got out before my entitlement problem had a chance to do damage to others.

Getting to this stage is a (insert expletive)!  However, the ability to see this new reality for what it is and understand how I was mistaken and mislead by the prosperity gospel means that a new perspective has been reached.  I don’t mean to say that faith and purpose don’t play a role in our lives.  After all, there’s plenty of alternative wisdom in the Biblical stories that recount events of the ministry of Jesus Christ that happens before the story of the Passion.  I just mean that the road I thought I was on was not necessarily that road.  The 20th century, conventional perspective learned at an early age created a perception of stability and correctness of the path I was on, which removed any desire to consider the less conventional concept of understanding possibilities in order to fulfill purpose.  That’s the setup of the conflict to come in the second half of any good narrative.  The seemingly calm waters of life, just before the midpoint of a movie when, everything goes haywire.  The calm before the storm.

I won’t go into that.  But suffice it to say that when it all starts to go south, it’s like your space ship gets hit by a meteor causing your first engine to lose all its fuel, then your second one explodes leaving you stranded, and just when your math says that you’ll be able to survive long enough for the home base to launch a rescue mission, you find that a hungry black hole just popped up out of no where and has started to suck you in.  When all this happens, it’s freak out time…I don’t care who you are.  But, eventually, you stop struggling and let it happen because, ehhh… what can you do?  Now that I’m through it, I find that, not only have I not split up into innumerable molecular components, not only am I not dead, but I’m now in a whole new dimension where all possibilities are sitting here waiting on me, to make a choice.  I feel like I’m back in second grade reading class where I settle on a choose-your-own-adventure book, and now my whole life is back ahead of me yet again.  Conventionally speaking, that sounds incredible, but it’s true never-the-less….a paradox.  When making reality work depends on the ability to accept the existence of paradox and move forward, sans the 5 year plan with all previously scheduled tasks checked off, this alternative wisdom stuff really starts to make sense.  The most common alternative statement I’ve ever heard is: “Stop looking for a destination and learn to love the Journey”.  Now, if I can do that, perception of purpose can’t hold me back and a new perspective deals me a fresh hand with all the possibilities I never knew I missed.  With all this opportunity, the future is idiot proof, and impervious to attack because, I’m on a new plane that doesn’t follow the rules of convention.

The crazy part is that the perfect universe  was there all along and all I had to do is know about it!

Blake is a Filmmaker, Writer, and Sports Media professional from Austin, TX. He studied Film Production and Advertising at UT Austin. When not supporting University TV crews and NBA Entertainment on live sports productions, he likes to excercise, travel, hang with Snoop his Jack Russell, read, write and collaborate with other writers, directors, actors, editors and producers on new ideas for storytelling in the film/TV medium.
View all posts by Blake →
This entry was posted in Challenge: Everyday Inspiration and tagged #everydayinspiration, alternative wisdom, conventional wisdom, learn to love the journey, the perfect universe. Bookmark the permalink.