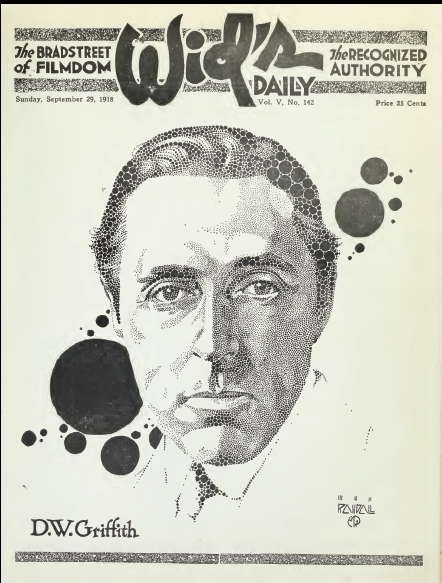 The rules:
Thank the person who nominated you. Thanks Bharath

Nominate 3 bloggers to participate in the 3-day Quote Challenge. sharingiscaring00

Post 1-3 quotes each day for 3 consecutive days. Quote #2 coming up

D.W. Griffith and the early days of Hollywood:  Griffith started making movies in Hollywood in the primitive era of film after producers declined his proposition to film a story that he wrote based on the history of the American post civil war period. He was hired to be an actor instead, and after a short time, Griffith had played in so many stage productions and short films that he knew how they got made.  A producer recognized this, needed someone to direct and and he took the reigns.  After several years of bucking the system and making films the way writers told stories in novels, he had invented the film language that would be studied and copied the world over. This film language is still used by directors to this day.

I pick out young people and teach them in less time than it would take to alter the methods of people from the boards, and I get people that look the parts they have to fill.

Here’s an statement from an American legend that describes one way that screen acting differs from the stage.  Some directors prefer to create meaning and emotion through montage (the juxtaposition of elements in a specific way to synthesize meaning in the minds of the viewers) rather than rely on the actor to emote in such a way as to capture and control the audience’s interpretation.  Some actors prefer the challenge of doing it without the help of the director, camera and editor, but others like to collaborate and they appreciate what the camera perspective and director bring to the process.  They say that it takes 10 years to master any craft, but the quote above suggests that a screen actor can learn much quicker than that if film is considered more of a director’s medium.

Blake is a Filmmaker, Writer, and Sports Media professional from Austin, TX. He studied Film Production at UT Austin. When not supporting NBA Entertainment on live sports productions, he likes to excercise, travel, hang with Snoop his Jack Russell, read, write and collaborate with other writers, directors, actors, editors and producers on new ideas for storytelling in the film/TV medium.
View all posts by Blake →
This entry was posted in Challenges and tagged "Quotes Challenge. Bookmark the permalink.